Jason and I began the same conversation we always had, either when we’re out or whenever the urge to shelf the inner homebody within us emerges.

It’s a question that is immediately met with sighs and eye-rolls, knowing the options were limited.

We rode around the city, scoping the three to five places we frequent, cruising by each establishment, looking at the line or inside for talent.  NOTHING.

We finally decided on a certain lounge near South End we always seem to end up at on a Saturday night (those of you who are local know where I’m talking about).

Already disappointed by what we saw driving up, we finally were like, “well. . . we gotta end up somewhere.”

We wait in line for bit, only to have the bouncer search us and yell out a raspy “twenty dollars”.

Jason and I had been there multiple times for free, when talent was abundant and plentiful.  Soon after they begun doing a membership program, charging customers a dollar for entry.

Now they trying to hit us over the head with for twenty dollars with nobody in there on a Saturday night?

Jason and I left and ended up going to a strip club, but I couldn’t help but mentally document deterrence after deterrence of going out in this city.

Once you learn game, strip clubs’ kind of lose their luster anyway.

Those of you who have indulged in this art we call “game” or “pick-up”, have at one time or another griped, moaned, and complained about everyone’s city being the worst place to meet women.

Allow me to submit my complaint as well. . .

I want you to imagine for a moment, a city known in recent years for its rapid increase in populous across the metropolitan (17th in the US now).

The nightlife activities for minorities would be best described as porous, if I’m being kind.

And the singles that do exist in the city, hibernate at the slightest hint of cold weather (I know, we live in the South).

That’s right folks. . .I’m talking about Charlotte, where due to the increase in residents, but not eligible women, we’re the biggest tease in America.

It’s kind of like, having a nice Mercedes in the garage but you never get to drive it.

The city’s populous is a little over 800K, include the surround areas and its close to 1.2MM; the male to female ratio in Charlotte is 0.9 to 1 (ugh), with more than half the city married.

Charlotte has plateaued to the point where it’s a larger city, but not quite like a New York, Philly, Atlanta, or D.C. where the women can outnumber men by 65,000K or more.  The percentage of women who have never been married hovers around 40%, but again, 40% isn’t as pretty of a number when the ratio and population don’t compare to much larger cities.

Charlotte definitely forces you to get creative with your outing selections.  I typically use Eventbrite or Offline, to peruse through the various happenings that occur during the week, and through networking events and food truck festivals, use the opportunity through common interests to engaged with people.

This is going to be your best friend. Use it

Day game in Charlotte isn’t too bad, again, not on the level of a New York, but I’ve had some level of success, just going about my day per usual.

Unless there is something major going on during the day uptown, I wouldn’t chance it. I would say malls, parks, and shopping centers are your best bet.

Due to the ratio being as poor as it is, the number of 8-9-Dime level talent in a venue is scarce.

The rise of social media has somewhat diminished the average males’ ability to approach women; but inversely this has given women validation through likes, double taps, and a sea of DMS and unread text messages.  Add to the fact its night game and the numbers are in their favor . . .

It’s a recipe for disaster. 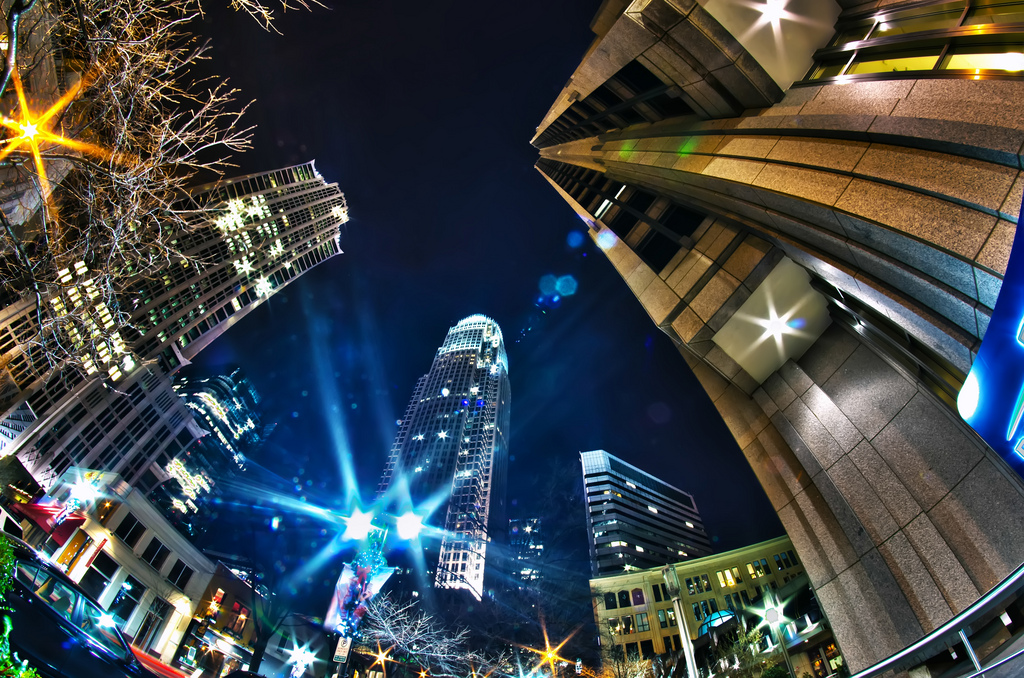 Winter time in Charlotte, is the WORST.

Cuffing season is real, it is live, and in full effect.

The moment there is even a hint of cold weather, attendance at nightclubs, bars and lounges experience a harsh decline.

I never understood this phenomenon, because I KNOW people from up north that still go out regardless of the weather.

There must be some unspoken rule, that when it gets cold in Charlotte, you’re supposed to just bunker down like we’re subject to a nuclear bomb.

If at this point, you haven’t found that special someone, just workout and prepare for the spring, start a business, SOMETHING.

I just wanted to complain about it.

There are some nuances that can be used as workarounds, if you pay attention to the events happening during the day.

Otherwise I would suggest moving to larger city, or moving out the U.S. altogether. . .