*crickets in the room*

I apologize for my extended hiatus, I’ve been a little lazy busy between work and pursuing other interests.

But I’m back with a myriad of topics to cover.

I’m going to be adding a movie review tag to posts like The Lobster and Enemy, as I’ve taken an interest in the social constructs examined in film.

Without further ado, let’s get to it.

The Lobster is a film that premiered in 2015 director by Yorgos Lanthimos and starring Colin Farrell.

The Lobster uses dark comedy/satire to examine the structuralism that exists within relationship statuses.

In the society constructed in The Lobster, everyone must be married. Those who aren’t, are hunted down and placed in a complex with other singles.

Those who haven’t found a partner within 45 days are turned into an animal (of their choosing) and released into the wilderness.

Unfortunately, this is all the summary information I can give before I start diving into the contents of the movie.

If you haven’t seen this movie yet I strongly suggest you go watch before reading this blog, as there are spoilers.

The first half of the movie follows David (Colin Farrell) once he has been captured and taken to the facility to find a wife.

The facility goes through great lengths to ingrain into David, and the rest of the captives, that having a significant other is paramount to survival.

This is hilariously shown by David having one arm handcuffed to his back, in order to make tasks such as changing clothes more difficult.

Plays are shown to the captives where a man-eating alone chokes and die, but his wife eating with him can save his life.

A woman walking alone is prey; however, with a man she is safe from harm.

The standard by which the facility, and the greater society, adheres to is that couples must have something in common, no matter how quirky or peculiar.

Fearing being turned into animals, the residents begin to fake commonalities, in order to assimilate with the societal norm.

One signature part of the film being a man who pretends to have nose bleeds by hitting himself or cutting his nose to be with a woman who suffers from frequent nose bleeds herself.

If common interests aren’t enough, you are “assigned” a child to solve all your problems.

David has had enough.

After faking a relationship with a cold-hearted woman, he escapes the facility to live in the woods with outcasts.

The outcasts are constantly on the run from the workers at the facility and align with their own “codes” as well.

The outcasts don’t conform to the society’s message of needing another individual, and in fact rebel against the system.

They relish in their independence.

They are not allowed to display any sort of affection or intimacy with each other, or they will be punished. 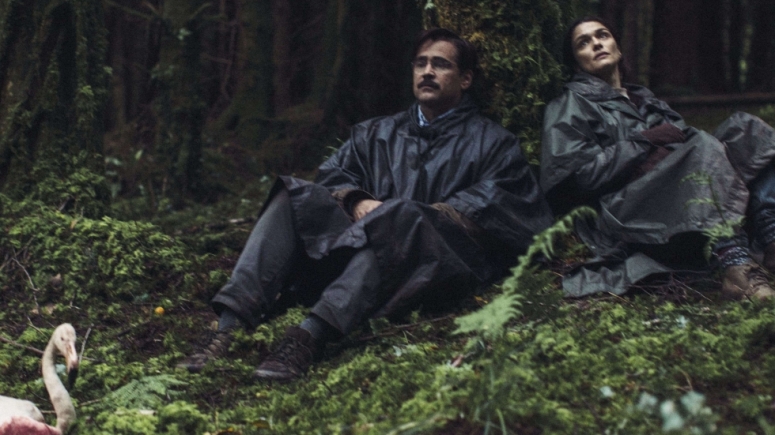 David begins to fall in love with a woman among the outcasts, they’re even find out they’re both near-sighted.

The leader of the outcasts catches wind of their relationship and decides to blind the woman, so the thing they have in common is destroyed.

David once again escaped from the confines of another warped reality, with his lover in tow.

At the end of the movie, David is sitting with his new-found love in a diner.

He heads to the bathroom, knife in hand, having worked up the resolve to blind himself. 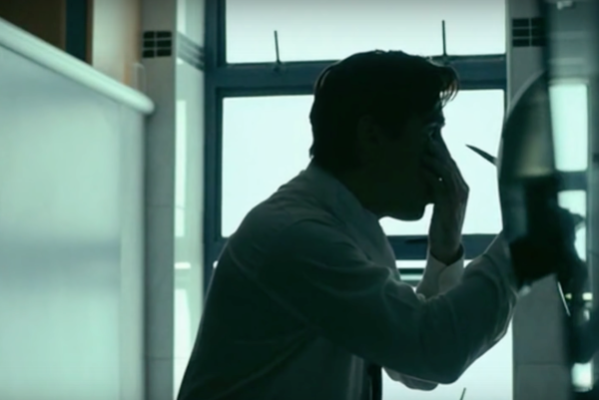 To once again have commonality with his wife.

But he begins to second guess himself, and the movie ends.

Structuralism is defined as elements of human thought and behaviors as it relates to the overarching system that’s in place.

The first glaring observation that comes to my mind is that although our world is not set up in some dystopia, where people are forced to get married, we tend to impose similar rules on couples in our society.

Society tends to police each other when it comes to marrying by a certain age, or marrying a person of a specific race, social status, etc. as if there is some policy and procedure to follow.

The movie deems that marriage is a necessity to survive, and that any type of fulfillment while single is fallible in nature.

Once David escapes to the single people, he finds himself in a complete opposite world of idiotic rules.

Single people must assert their dominance and independence always.

Does this not remind you of the bullshit on Instagram you see every day?

The men and women who hang on to singleness, not to find the best partner, but as if it’s a prized medallion to be dangled to the masses.

The feeling that if they were to ever commit to someone, they would lose a piece of themselves.

The songbird, whose wings have been clipped. Stuck in a cage.

The movie does an excellent job outlining the self-imposed cages society places on relationship statues.

Lastly, I love the introspection David goes through, throughout the movie.

He fights so hard to escape the web of society’s definition of what bonds two people together; yet, he can’t help but use those defining standards himself.

David is almost giddy when he finds out his potential lover is near-sighted like him.

When he thinks another man is moving in on his woman, he challenges him, claiming he does not have the same bond that they do.

The very over-arching system David seemed to oppose, became ingrained in him when place in a situation of true courtship.

What are some of the parallels you draw when you watch this movie?

Give it a shot and let me know in the comments.