From being a lame, to married, divorced, to an avid runner of game and finally, happily married.

I’d like to think I’ve experienced chasing after women, from just about every angle.

I’ve had thirty-two years of my life to think about the answer to this question:

I’m going to give you the honest to God truth of what every High Value Man is going to be looking for in his woman.

And we’re not going to be discussing the physical in any way, shape or form, because beauty is subjective.

When I think about what attributes within a woman piques a man’s interest, these three areas come to my mind:

Every High Value Man I have spoken to, has this number one on their list; I’ll admit this one wasn’t always high priority on my list, but where I stand today, I understand why this is so appreciated.

What a woman is willing to chase after, when no one is looking, tells me everything about her.

Don’t get me wrong, of course a man doesn’t mind pitching ideas and motivating his woman.

But we all know as individuals, we’re more likely to follow through on an endeavor, if the idea sparks from inside us.

Kind of like, how y’all don’t want to nag a man about taking out the trash.

You want him to just up and do it, so the house don’t stink.

That’s how we feel about you ladies.

Men don’t want to pause uncomfortably, when you ask us “Do I look fat?” in certain outfits.

We want you to already be in to the gym three times a week.

The business idea you have, we want you to have the guts to take it and run with it.

We want you to take your craft and career seriously.

What drives your existence? What are you passionate about?

How high are you willing to climb?

That energy is attractive and maybe more importantly, infectious.

You expend effort into what you deem to be important.

The majority of men have been in relationships where the other party is most concerned with something out of the situation.

I’ve written about the median incomes for race and gender, specifically African-Americans.

Men want to be providers and protectors.

We just would like a little support in that area, especially in a world where women are empowered now more than ever before.

You know the tired old saying, the way to a man’s heart is his stomach?

The way to a man’s heart, is his wallet. 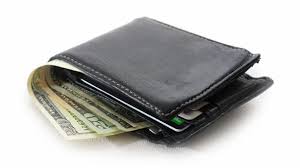 A man with any ounce of pride, the last thing he wants to do is ask you for money.

But those who have been following my blog for a while know one of my favorite slogans.

Your progression helps the household’s progression ;takes some of the pressure off of him to be Superman.

Most men pick up on your approach to being his helpmate during the dating phases.

I once dated a woman who I invested in heavily in the beginning stages of our courtship.

She needed equipment for her business, I would assist.

Car breaks down, I would pick up the towing.

But when I asked for the slightest bit of effort, it was never reciprocated.

When I met my eventual wife-to-be I just noticed the little things she would do to support me.

She bought us tickets for a Christmas lights show 2 dates in.

She would fold my clothes or clean the bathroom. This was all without me asking.

But it caught my attention.

A man will catch on very quickly to how invested you are, thus letting him know how serious to take you going forward.

“Invest in me baby, see how dope my beard is?”

A wife is a wife when you first meet her, she can’t just jump up one day and fill the role.

If you cannot properly express your emotions to your partner.

You won’t last with anyone worth holding onto.

A key to being High Value is knowing you are a treasure; yet showing respect and humility every time you speak.

I often wonder how many beautiful relationships have been lost, over simple misunderstandings.

Misunderstandings that, if you took a few minutes to calm down and talk things over, would’ve been cleared up in no time.

I don’t have time for a person that thinks they’re too good to express themselves.

Willing to engender a hostile environment; an ambiance filled with calamity.

A man needs to know, that you aren’t going to be flight risk.

The crazy part about it is, women will give more grace to their co-workers and friends, than the man they live under the same roof with.

As attractive as it is for a woman to be empowered and ambitious, no man wants to be looked down upon.

I have written in previous blogs posts, that one of the top three qualities that CEOs and executives at Fortune 500 companies value, is a willingness to get along with others.

All your prestigious degrees, and experiences is meaningless if you cannot communicate and get along with others.

The same goes in relationships.

The baddest woman in the world, is useless without having the three things listed above.

Looks catch the attention of a man for a moment.

These qualities hook a man for a lifetime.

So, what do you think? Let’s discuss these and other factors you believe a High Value Woman should have.